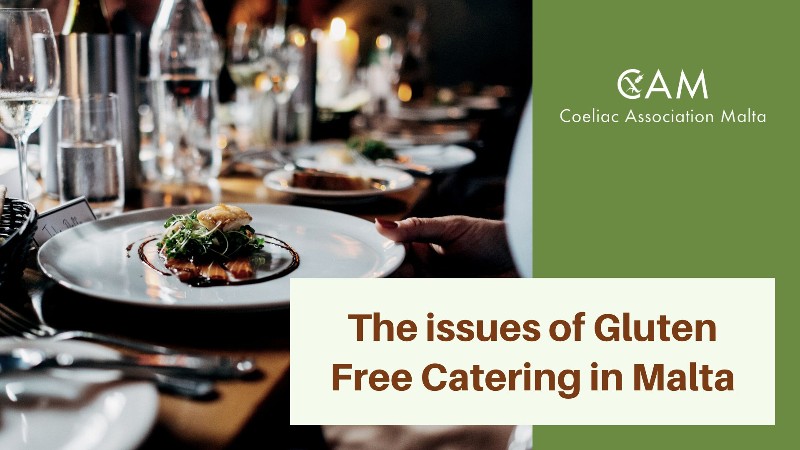 The Coeliac Association keeps receiving complaints from members and the general public on the numerous issues coeliacs experience when eating out.

These are some examples experienced by coeliacs:

Restaurants keep advertising gluten free food but state that it is not suitable for coeliacs. We cannot emphasise enough how contradictory such a statement is.

In the past months we have attempted to discuss these issues with the Malta Hotels and Restaurants Association (MHRA), Malta Tourism Authority (MTA) and Food Safety Commission (FSC).

The only response we received was from the FSC that these issues will be discussed during their next meeting, we have been waiting for over 3 months.

As an Association we tend to be repeating ourselves but something needs to change. We are of the opinion that it is time to create food handling courses targeting gluten free catering. Such a course would include procedures such as:

As we stated in the past, this is not a witch hunt against restaurants, however we feel the catering industry needs help to confidently cater for coeliacs.

Whilst as an Association our focus is on coeliac disease and gluten, it’s important to highlight that all our concerns fall under European Regulation No 1169/2011 which details regulations not only for gluten but all 14 allergens. The regulation requires the “mandatory labelling for all foods of ingredients such as gluten-containing ingredients, with a scientifically proven allergenic or intolerance effect”. Furthermore, the regulation applies “also to non pre-packed foods such as those served in restaurants”.

One should note that this European Regulation legally binds Malta to adhere to.

Our intention will remain to see Malta implement systems in the catering industry that other European countries (UK, Italy, Spain, Poland and Cyprus to name a few) have had in place for years. We urge all relative authorities to take action on these issues.

This statement has been shared with media agencies and government authorities. We will keep our members updated with any progress.