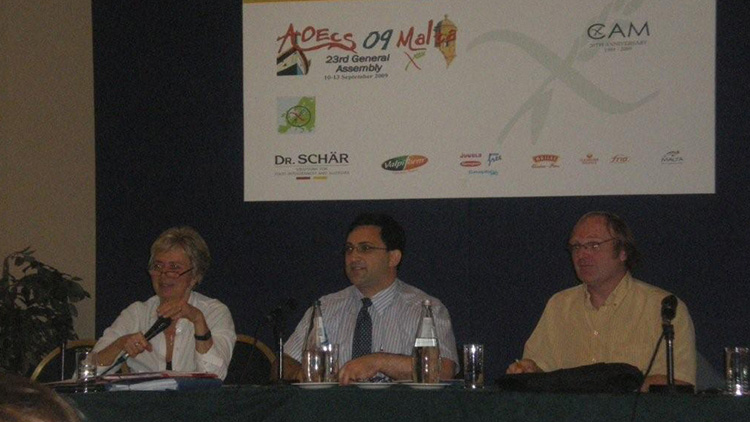 The 23rd AOECS Conference was held in Malta at the Inter Continental Hotel St. Julians from the 10th to 13th September 2009. 76 delegates including 20 youths, representing 24 member countries attended. In conjunction with the AOECS Conference a CD-Medics Training Seminar was also held. Various speakers gave very interesting presentations both during the seminar and during the AOECS sessions. Reports of the different working groups were also presented. The following are some interesting points noted during one of the talks.

During the conference two very important decisions were taken.

The Coeliac Youth of Europe (CYE) group also held their General Assembly. Manuel Azzopardi, Martha Carabott & Daniela Attard represented Malta. The youths’ vision is to improve life conditions for young Coeliacs. Their project for 2009-2010 was to inform youngsters about the possibilities of gluten free life abroad and inform sources of further information thus encouraging young coeliacs to go abroad and live there for a longer time despite being coeliacs.

Towards the end of the conference session the Exhibition Hall was open to members of Coeliac Association Malta where they had the opportunity to visit the stands put up by the various gluten free suppliers and view and sample the extensive range of gluten free products exhibited.